<Again, the kingdom of heaven is like a merchant looking for fine pearls. When he found one of great value, he went away and sold everything he had and bought it.>

This is in the latter part of Matthew 13. Let’s take just two deep breaths and ask for The Holy Spirit to give wisdom and guidance to us, let’s dive into this lesson together.

The Savior was telling His disciples just a few verses before how the kingdom of heaven is demonstrable through everyday objects.

What do we know abou 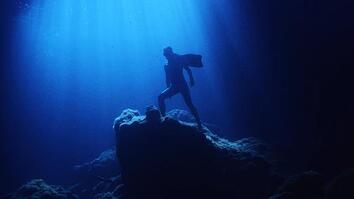 t a pearl? Here are a few things:

Pearls are made in an oyster

An Oyster is a bivalve who’s main function is to filter water. Oysters are considered an unclean animal, not fit to properly provide nutrients to the human body. Does this mean they are not fit for anything at all?

Elijah is known as being an absolutely amazing human being. Working tirelessly for Yah’s kingdom and for the people of Israel. There was a time when Elijah, not paranoid but completely sane, was out in the wilderness hiding. The government was trying to kill him and he hid out by a brook that dried up. While he was there, Yaweh did not leave him hanging. The Lord made use of an unclean animal to bring Elijah food. In this way, Elijah’s story and the metaphorical use of a pearl in describing the kingdom of Elohim are connected.

Pearls start off as a grain of sand

From time-to-time during our bivalve’s life it will take in an irritant: sand generally. The way this unclean animal deals with irritants like sand is by layering minerals over the irritant until the irritant becomes large enough and smooth enough that it no longer irritates the bivalve. Later, a diver will forcibly pry in for the pearl, leaving our poor bivalve wide open, but alas, without the irritant. I wonder what is more irritating to the bivalve, the sand or the prying? Think about that for a minute sometime.

Pearls are an irritant to the oyster

The Word teaches that out of the good treasure stored up in a man’s heart, good will spring from him and that from the evil treasure stored up in a man’s heart evil will burst forth. In the case of goodly pearls or in this case: a single pearl of great price, the bivalve has stored up an irritant within itself. Oysters do not get rid of these irritants. Instead, they store them up and focus their time, resources and energy in covering the irritant with layers and layers and layers of matter until the sand is no longer irritating. An Oyster is not capable of simply ridding itself of a tiny speck of sand lodged between it’s shell and it’s mantle. If it could, would it?

Pearls are a treasure

Our Father created this world and everything in it. He knew the world was going to fall, and preemptively divested Satan’s power over His called out family before the earth was even created: The Savior is The Lamb Who was slain before the foundation of the earth. Because of this we understand that the world and everything in it sings the glories of God. The world’s stuff is like a treasure map,

In this example we have learned that it is unsatisfactory for a man to spend his resources on covering up the irritants that he tends to harbor, coddle, blanket, and allow to have rule over his time and energy; however, we have also learned that the world tends to see great value in that behavior. We have learned that Our Savior can use even such a thing as this, to describe in a relatable way what we have to look forward to if we choose to spend our time and energy on exercising faith in bringing what we currently understand as truth into a world so full of misguided good will.

Does Gleaning The Scriptures fill you in a way that is different than that of the common religious organizations you have meandered across?  We hope so.  Our goal is to show you truth that God is sharing with us directly. If you feel lead consider contributing.

Would you like to hear a sermon?  GTS was designed as a demonetized channel from the git go.  I have not monetized it yet, and the only way to get the message to more ears is with YOUR help! Subscribe to the channel, tell your friends, just talk about it, like and comment on the videos.